Why should you use Smartwrap instead of conventional machine palletwrap?

What are the benefits of Smartwrap?

Customers who have switched to Smartwrap machine pallet wrap have seen a literal and physical reduction in their cost-per-pallet-wrapped. This has meant that their oeprational costs have reduced. Thanks to this cost saving, some clients choose to invest in new machinery in order to maximise their savings, and have been able to repay the investment within a few months. Smartwrap machine pallet wrap has been known to deliver savings of over £25,000 a year in film and operational costs.

See what you can save!

Smartwrap is manufactured from 55 microscopic layers of material, compared to just 5 layers in conventional machine pallet wrap. This gives incredible puncture resistance, which is perfect for containing loads with sharp corners.

Smartwrap has the capacity to run at 400% Power Pre Stretch, which is an additional 100% compared to conventional 300% PPS Machine Pallet Wrap. This means that each metre of film on the roll yields 5 metres on the pallet instead of 4. This is an excellent cost-saving function.

Smartwrap's unique blend of lightweight film with superior strength allows you to reduce your plastic usage by 35% without compromising the strength of the wrap. If anything, the wrap will be stronger than your current film!!

Revolutionise your wrapping systems! Take advantage of the benefits this new generation machine pallet wrap will bring; only you can decide if its worthwhile, but we know it is.

Ask a question, or request a free demonstration! 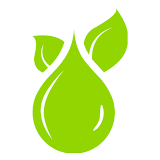 Melvin Dangerfield
Verified
Friendly, efficient, competitive. Everything you wish for in a supplier.

GH Display Exhibition Stands & Displays
Verified
We have been ordering foam packaging and Securapac Ribtec from Eastpak. Their team always offer a helpful and friendly service, making suggestions based on our requirements and they always deliver quickly.

Francis Kuah
Verified
Fantastic service cant thank Graham and staff enough for all their help and support they gave me when I needed advice on packaging. Definitely recommend this company with excellent customer service to any one.